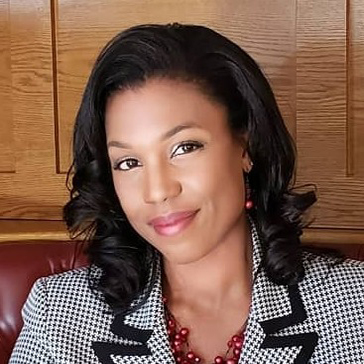 Public speaker and specialist in government and community relations, Shannon Kendrick is the President of the Kendrick Consulting Group. Shannon has previously held senior executive roles in the federal government, economic development, international affairs, think tanks, and political action organizations. She is recognized nationally as MAVPAC's "Future 40." In Virginia, Shannon was Virginia Leadership Institute's Trailblazer, "Top 40 Under 40," and YWCA's Woman of Distinction.

Shannon earned her MBA from Regent University and Bachelor of Arts in Government and Law from Oral Roberts University. She is an ordained minister and an active member of her church. She is a member of Alpha Kappa Alpha Sorority, Incorporated, The Links, Incorporated, and the 20/20 Leaders of America Bipartisan Justice Center.

Skip back to main navigation