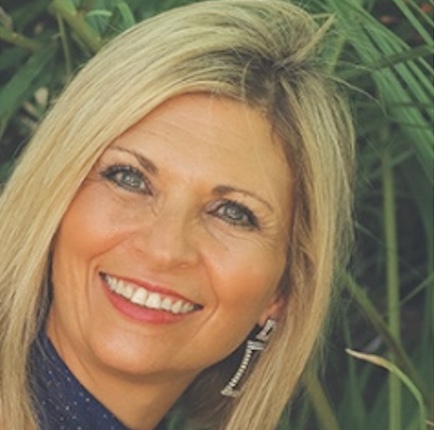 Laura was born & raised in Mission, Tx and was saved at the age of 15. She attended Texas State University TSU formerly known as Southwest Texas State University SWT. In 1990, she started her career as a flight attendant with Continental/ United Airlines. She’s been married to the same wonderful, Godly man since 1991 and has 2 beautiful daughters. Because of her love of Christian music, she has been blessed to be a part of SonRise Ministries since its birth, in 2013. What started as a vision, turned out to be confirmation to Trina’s calling. At its inception, Laura became a prayer intercessor and a member of SonRise’s Prayer Board. Currently, she serves as Hospitality Coordinator and has a seat on the Board of Directors.

MY COMMENTS: To serve the Lord and others to the best of my ability in this position.

Skip back to main navigation